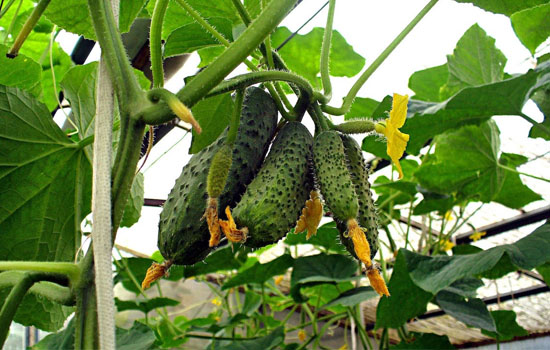 Cucumbers offered by greenhouses have risen in price by 46% over the past week, TradeMaster.UA reports citing EastFruit. Greenhouse cucumbers in Ukraine continue to rise in price. The main reason for analysts called a reduction in the supply of domestic farms and the lack of imported products. Heats prices and high demand for cucumbers from retailers and wholesalers. Such conditions allow manufacturers to increase selling prices, which today have reached 13-18 UAH per kilogram, which is 46% more expensive than at the end of last week. Domestic production of cucumbers decreased due to differences in average daily temperatures, as well as the refusal of many farms to grow vegetables of the second crop rotation or reduce the area in favor of tomatoes. Starting in the second half of October, the start of import deliveries of cucumbers to Ukraine is traditionally expected - mainly from Turkey. Today, prices for greenhouse cucumbers are on average 14% higher than prices in October 2018.