The experiment with LEDs was conducted on “Meva” cucumbers according to the agreement No. 18-01 / 2017 between LLC “Agroculture Group” (Russia) and LLC “Inter-privat” (Ukraine) at the department 1.2 of a greenhouse facility of LLC “Agroculture Group” on an area of 465 m (control group plants area 15 705 m), with Elena Zaitseva as a  foreman.

During the study, same nutrition and microclimate conditions were maintained for control and experiment groups, as well as general lighting. The results are shown in the attached table.

The experiment was held from March 6 to April 26, 2017 for 7 calendar weeks (from 10th to 16th). The goal of the experiment was to achieve an increase in the total of cucumbers cultivated in the area allocated for testing by 15% without reducing crop quality of the same hybrid.

Thus, while preserving fruit quality, the difference in yields in favor of the experimental group compared to a control group turned out to be insignificant (did not exceed 2%). Such result may be due to the fact that the experiment was held in spring season when the natural illumination became sufficiently high, and supplementary lighting, including LED, did not play a significant role in the development of plants.

LLC “Agroculture Group” representant, responsible for the carrying of the experiment 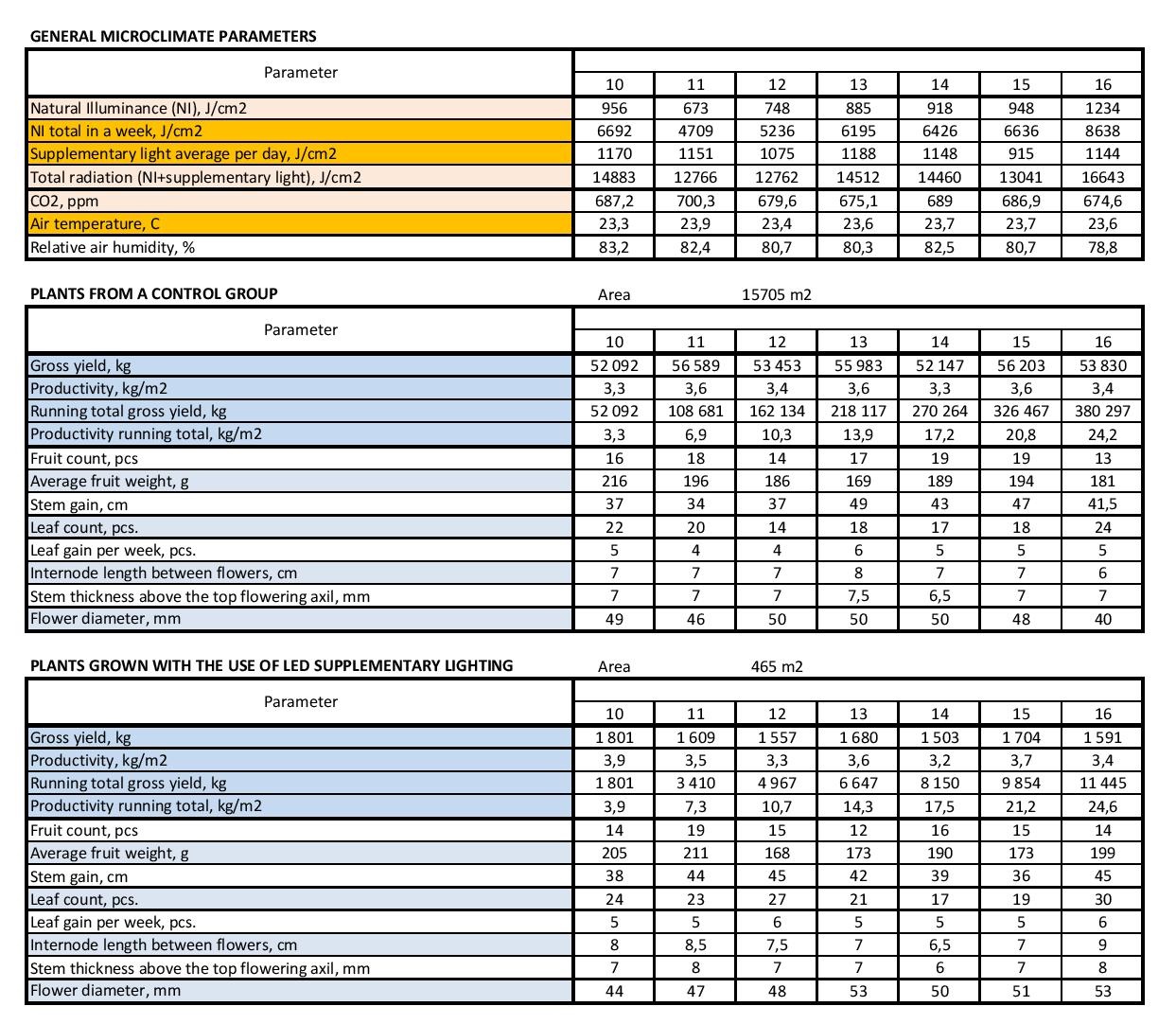 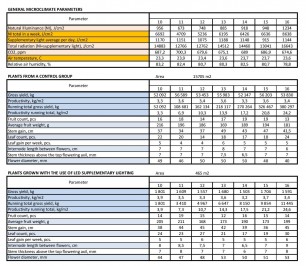 Get detailed information on AgroLED technology solutions by ordering a consultation

The result you can achieve